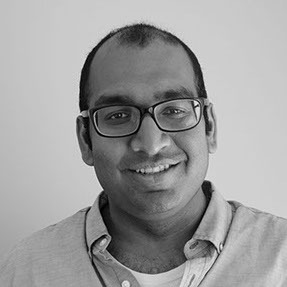 I am the Founder and Principal of Sidrat Research.

My thesis is available on the Department Library's webpage.

In addition to my research, I'm passionate about both public outreach and teaching.

Feel free to take a look at my CV (pdf) here.

I've been developing methods and techniques to visualize astronomical data (both observational and simulated) to enable the identification of patterns within.

I've been on the CHIME/FRB team, looking at ways of determining the host galaxies of individually detected fast radio bursts using Very Long Baseline Interferometry. In developing these techniques, we have set up a proof-of-concept prototype system on a 10-metre dish at the Algonquin Radio Observatory in the Algonquin Provincial Park.

I've been developing a method to infer the redshift distribution of extragalactic samples based solely on their on-sky positions. I've demonstrated its accuracy by comparing to spectroscopic redshifts, far exceeding the accuracies derived from photometric redshifts. We have already used this method to identify the redshift distributions of samples from the Sloan Digital Sky Survey (SDSS), the Two-Micron All Sky Survey (2MASS), and the Planck All-Sky Survey.

Using multiwavelength observations, including WMAP and Spitzer IRAC, I've been able to characterize star formation and energetic feedback in the Milky Way Galaxy.

A full list of my publications is available on the NASA ADS.

At Johns Hopkins University, I designed and taught a full semester first-year seminar in Fall of 2016, titled "The Unsolved Mysteries of the Cosmos" as a Dean's Postdoctoral Teaching Fellowship.

At Johns Hopkins University, I designed and taught an intersession course in January 2013 titled "The Unsolved Mysteries of the Cosmos." This course was aimed towards humanities and non-physical science students.

As a graduate student at the University of Toronto, I was a teaching assistant and tutorial leader for the following courses between 2007 and 2012:

I am the creator and host of the YouTube series "A Picture in 1000 Words" on the Dunlap Institute's YouTube Channel.

I was actively involved with Youth Science Canada in the promotion, development and delivery of the Gr. 7-12 Science Fair Program across Canada from 2003 to 2018, including the national championships, the Canada Wide Science Fair.

I was a founding member of the astronomy outreach committee at U of T.

I was the Site Chair of Science Rendezvous at U of T, a day long street festival of science attracting thousands, from its founding in 2008 to 2010.

I have given dozens of invited public talks to audiences ranging from Kindergarten to Amateur Astronomers. If you would like me to come speak to your group or class, please contact me to make an arrangement. I am particularly excited to speak to high school audiences.

In the Dragonfish's Mouth; University of Toronto, December 2011

Miscellaneous Resources I want to make available to the community

I am the organizer of the JHU Visualization Discussion Group. Our schedule is available here, and various resources from the group are available on Github.

I've compiled a variety of python scripts that I use to aid in various astro and plotting functions. These scripts can be cloned from Github.

In 2011, we organized a two-day symposium on scientific visualization at the University of Toronto. Video of the sessions is available courtesy of the U of T School of Information.

In 2015, alongside Dominika Wylezalek and Jorge Barrera-Ballesteros, I organized a a two-day workshop on how to use Python for Astronomers and Physicists. The workshop slides are also below (in PDF format):

1. The Basics of Python

Feel free to get a hold of me. I'd love to hear from you.